“Antimicrobial resistance poses a catastrophic threat.  If we don’t act now, any one of us could go into hospital in 20 years for minor surgery and die because of an ordinary infection that can’t be treated by antibiotics; and routine operations like hip replacements or organ transplants could be deadly because of the risk of infection.”

What is Antimicrobial resistance?

It is basically the resistance of a microbe (mainly bacteria) to something that was originally effective against it. This is actually a natural phenomenon; within the millions of bacteria involved in an infection there will be some that just happened to have genes for resistance to certain drugs. They may not have even encountered that drug before but just happen to have a gene variation/mutation that incidentally would make that bug resistant to the drug. So until that bug is exposed to the drug that gene carries no advantage – in fact often these bugs are less fit than the others. However, once that drug is used the bugs with that gene will now survive where others won’. This effectively selects for that resistant gene to be passed down the microbe generations. Scarily the breeding cycle of E.coli is so rapid that the population can be turned-over in 25 minutes.

Animals share their DNA with their offspring only. Bacteria have another method of sharing DNA with each other – these are called ‘plasmids’ and they can just pass their DNA onto their neighbour – this video explains this well: http://milksure.co.uk/about-antibiotic-resistance/#single/0

Antibiotics and your role as a Farmer

We have all heard stories of people in hospital getting ‘super-bugs’ and dying because no antibiotics will work, or possibly being fortunate because the medics managed to try one last type of antibiotic which saved them. These are bacteria which have accumulated resistance genes to many commonly used antibiotics and it is thought that about 20-25,000 people die every year in the EU as a result. As vets and farmers using antibiotics to treat infections in animals regularly, none of us wants to feel that we have contributed to those deaths at all.

BVA have prepared a leaflet on your role as a farmer - click the link to download your copy.

Ruth and Rachel are holding an antimicrobial resistance meeting on

The meeting will cover:-

Principles of Responsible Antibiotic Use

This other Milksure video details this nicely. 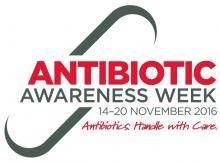